I recently organized and ran a (very small & very simple) online film festival for the art collective I help run, Glitch City. It was a live event, with folks chatting and watching videos together. It turned out well!

If you’re interested in doing something similar, here’s a brief overview of how I set it up. I used:

The basic flow of the event was:

OBS Studio is sort of like a TV control room. You can swap between different shots, you can make titles appear, you can play videos and sounds, etc.

My OBS setup had three Scenes:

In order to stream from Discord, right-click on OBS’s preview window and select Windowed Projector (Preview). Maximize the window that appears. We’ll revisit this window later.

The basic OBS flow was: 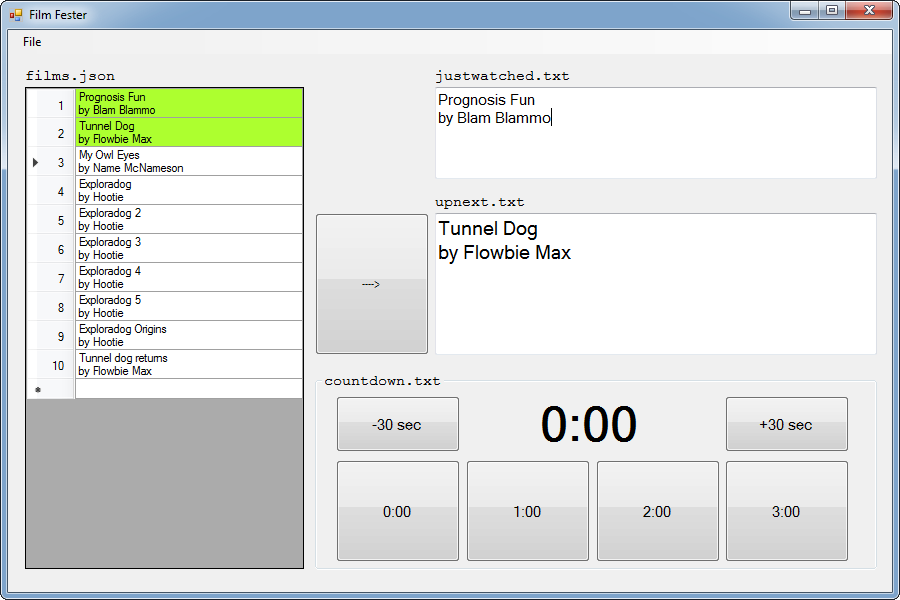 You can download and read more about Film Fester here: https://github.com/blendogames/filmfester

We wanted to do a live event, with people chatting, reacting to, and watching videos together. Discord has this functionality built in, and it worked well. (note: Windows 7 seemed to have trouble with this, but it worked fine on Windows 10)

That’s it, done – your thing is now streaming for folks to watch!

It was hugely satisfying to run a little online film festival. I do a daily development stream for Skin Deep that’s a much simpler one-click operation, but it gave me enough experience to work out how to make this all somehow come together.

If any folks read this and start their own little online festival, lemme know!